We all know how popular online casino games are, especially for their easy accessibility and convenience. The dramatic increase of casino game players has proved one thing for sure and that is we are a big fan of convenience. If something is done relatively more conveniently and easily, we would like to try it out and eventually get addicted to it. So this fondness of convenience has brought us to create more casino games that are easy to play and win and one of those games is Andar Bahar game. Today we will talk about Andar Bahar online or live, what it is? How do you play? How do you lose? Everything and then finish with some helpful tips and tricks to help you.

What is Andar Bahar?

Andar Bahar online or live is a fun little casino card game. It originated from India and is also known as Katti (Indian word). The name of the game consists of two Indian words. Andar means inside and Bahar means outside. Bahar and Andar are two sections where players will place their bets on.

How do you play Andar Bahar game? Andar Bahar online or live is a very simple and easy game to play. It is played against the dealer. Let us first explain to you the layout of the table. In a table of the Andar Bahar online, there will be a dealer. In front of the dealer, there is a spot marked on the table to place the game card. And between this game card slot, there are two sections. Andar (Inside) and Bahar (outside). On the opposite side of the table, you have places with markings of the Andar and the Bahar for the players/ gamblers to sit and place their bets. This is the standard layout of the table. Many casinos (live and online might design their variation of the game with different table layouts. This brings us to how you play the game.

Everyone that wants to play will take their seats and only then the dealer will start the game. The game begins with the dealer placing the game card first. Players will place their bets on either Bahar or Andar. The bet is placed on the basis of which side the next card with the same value will appear. You can place your bet on Andar side or Bahar side, it all depends on you. Then the dealer will draw out two cards. The first card he/ she drew out from the random card dispensers will be placed on the Bahar side and the next one will be placed on the Andar side. It is very unlikely for the game to be finished in the first draw. After the first draw, players are given a chance to modify their previously placed bets. You as a player have two options. You can either change your side of the bet(Andar side or Bahar side) or you can skip. This will be considered your final bet. After the players have placed their final bet, the dealer will continuously draw the cards from the dispenser and place them on repeat. One in Bahar and the next in Andar and then repeat. The dealer will stop when a card with the same value as the game card shows up. The winner is determined by which side the card showed upon. The winners will get their chips doubled. The money that is lost in the round will all go to the dealer. That is how the game is played.

To help you understand the concept more easily, let us give you an example with a dealer and two players. The dealer placed the game card. It is a 10 card. One player placed his bet on Andar and the other placed his bet on Bahar. Then the dealer will draw one card for each side. The first one for Bahar and the next for Andar. Then the players will be given a chance to modify their bets. The first player skipped, so his final bet is 20,000 chips on Andar. The second player modified his bet, so his final bet is 10,000 chips on Bahar. Now the dealers will continuously draw cards. Our game card is a 10. The next 10 cards showed up on the Andar side. So the first player who betted 20,000 on Andar will get 40,000 and the second player who placed 10,000 on Bahar will lose this money to the dealer.

Where can you play Andar Bahar Game?

If you want to try out this wonderful casino game, there are mobile apps for it. You can try them out or you can go to online casinos and play it with slight changes in the visual. Make sure that the online casinos have Andar Bahar online games in their collection and also make sure that the casino is registered and regulated. We would recommend you try your luck at EMPIRE777 Casino. It is a well-reputed and regulated online casino. And if you want to push your experience further, try out the live casinos in your neighborhood.

As you can see, this game is a very easy and simple. There is no math to it nor any opponent psychology to observe and play. So placing an overall strategy and trick for this game is super hard. However, experts suggest some tips that we can follow. So here are some tips from expert players.

There is no math in the Andar Bahar game, all pure luck. So you don’t want to bet big portions of your money on pure luck. So always make small bets and occasionally make medium bets but never go for big bets.

There is no mathematical or strategical explanation to it but experts suggest you place the first bet on the side the card will be drawn. Maybe it is just an instinct.

Double your next bet when you lose

The win/loss chance of an Andar Bahar game is 50/50. When you win you get double the money you betted. When you lose, you lose money. So to make up that loss, double your bet for the next round.

Andar Bahar online or live has four sidebets. Don’t ignore them. Take full advantage of them and you will have extra gains.

It is a fun game to play in casinos. Just don’t go big in it or you will lose. Keep it small and enjoy the game.

Get Welcome Bonus Up to MYR377! 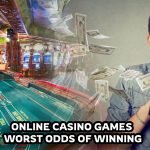 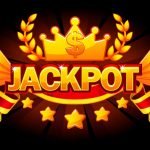 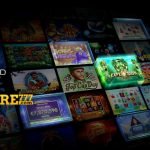 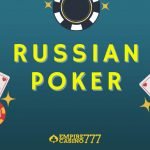 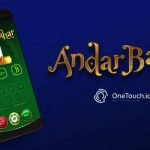 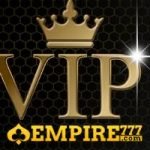 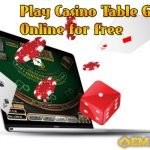